No Way Out chronicles the true story of the playwright’s family members in their own words taken from a collection of over five hundred letters they wrote one another in their attempt to flee Nazi Germany.

By 1939 everyone in the family had left Germany except the playwright’s maternal grandparents, Stefan and Frieda Deutsch, and one daughter, Gerda. In June 1939, after Stefan is released from a concentration camp, he and Frieda escape their homeland leaving behind Gerda and her recently married and very wealthy husband, Heinz Schhottlaender. The young Jewish couple feels safe given Heinz’s enormous fortune, connections, and deep roots in Germany. As Nazi anti-Jewish actions and so-called legislation insidiously increase, Gerda and Heinz begin to understand the danger they face.

While Stefan and Frieda become increasingly frantic in their efforts to find an asylum for their children, Gerda and Heinz race against time to seek a way out, even as Gerda gives birth to an infant son. Intimate, moving and riveting, No Way Out is a poignant true story of family love and devotion, humanity and dignity that the Nazis could not destroy. 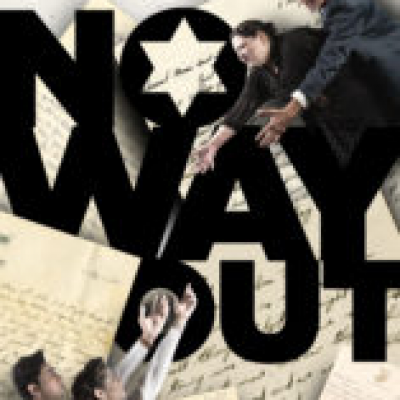