Live Organ and a Movie: Tucker: The Man & His Dream

Join us for our Live Organ & A Movie series. Hosted by Matias Bombal and music played by Dave Moreno. This series combines live organ music, raffles, and a classic movie all rolled into one.

This event begins with Dave Moreno playing the theater’s historic Robert Morton Organ with a selection of themed musical pieces. The main feature, “Tucker”, follows a man obsessed with cars since childhood, inventor Preston Tucker (Jeff Bridges) has his first successful auto design partnership in the 1930s and designs a successful gun turret for World War II use. With those achievements under his belt, Tucker is determined to create a futuristic car for the masses: the Tucker Torpedo. However, his dreams are challenged by Detroit’s auto manufacturers, production problems and accusations of stock fraud, and he is forced to defend his dream and honesty in court. 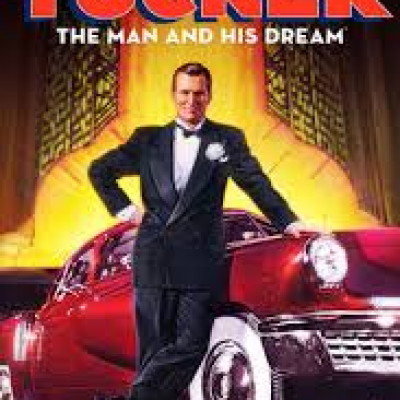