A TRIBUTE TO ELVIS DINNER SHOW BY JAMES CLARK

James Clark is a Nationally Acclaimed Elvis Tribute Artist, rated top 10 in Las Vegas King of Kings. He has performed with Elvis' legendary Jordanaires, Laughlin, Nevada. Presently Headlining Casinos. The Band has had the privilege to open for such acts as Mark Lindsay, Paul Revere, and the Raiders, Steppen Wolf, The Drifters, Juice Newton and Jerry Lee Lewis.

James Clark is California's PREMIERE ELVIS Tribute! Certain to bring back your Fondest Memories of Elvis. This is a high-energy show, lasting two full hours with spectacular suits, and award-winning vocals performed by James Clark from 1968 to the late 1970's. A Very Classy portrayal of Elvis Presley and his band. 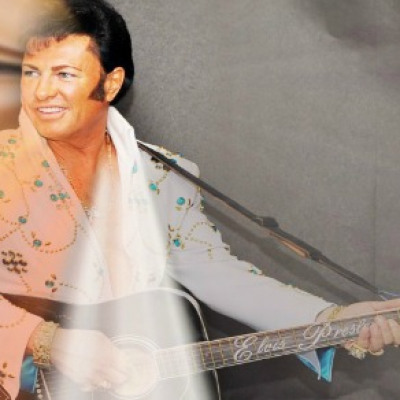